The Lake Gogebic Motel was purchased by Casey Yesney on June of 2013 at the age of 22. Casey Yesney was born and raised in Bergland, Michigan and knows the area very well. Casey purchased the Lake Gogebic Motel when he moved back home from North Dakota, after working out there in the oil fields for 3 years. Casey was a mechanic and ran heavy equipment during his time working in the oil fields. After 3 years in North Dakota he decided that he wanted to be home close to family and friends, so he decided to become an entrepreneur. Casey decided back in 2014 to expand and start a snowmobile rental business, now known as Lake Gogebic Sled Rentals right next to the motel. Casey and Makenzie met back in high school after Makenzie moved to Bergland from Winneconne, WI.  Makenzie and her parents moved to Bergland back in 2008 when her parents bought a local resort. In 2016, Makenzie and Casey started dating and Makenzie has helped Casey run the motel and sled rental business. Makenzie continues to move forward with Casey in all the business adventures. Casey doesn't just stop at being a motel and rental business owner, he is also a volunteer firefighter and helps his brother on excavating jobs.  Recently in the summer of 2020, Casey and Makenzie made the move to take over Casey's fathers towing business. They are alway willing to help any business and the towns people with any project that takes place around town. When Casey and Makenzie aren't working they can be found outside on some kind of adventure. They love going for motorcycle rides, camping, boating, snowmobiling, and hitting the trails on the side by sides with friends. They have been able to meet so many amazing people over the years of owning the motel.

Lake Gogebic Motel is located by the north end of Lake Gogebic in the Upper Peninsula. Bergland, Michigan and is in the heart of the snow country. The motel is located right in the town of Bergland where you can access Snowmobile and ORV trails right here from the motel. They are only 30 mins from 3 major ski hills & Lake of the Clouds and are 2 blocks from the bergland boat landing on Beautiful Lake Gogebic. Lake Gogebic is the lake for all year round fishing.

The motel offers 15 ALL first floor units that can accommodate 1-6 people, and 2 Rental house that both accommodate 1-8 people. All units & houses are SMOKE FREE, and we are always working on improving the rooms. The motel has a huge parking area to accommodate all truck and trailer parking. The sled rental office is located right next to the motel, this makes it very easy for customers to have the best winter experience. They also have the convenience of the Mobil Gas Station (Lake Gogebic Outpost) right next door and Antonio's Restaurant is right across the street. The Bergland Bay Bar (www.berglandbaybar.com) and  JW'S BBQ and Brew  are only 3 blocks down the road.  When visiting the motel, they will always point you in the right direction to go. 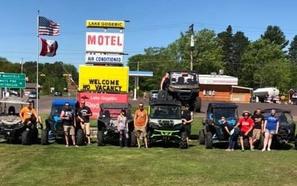 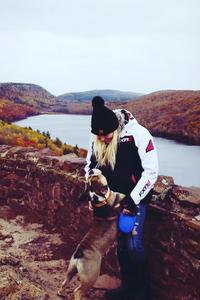 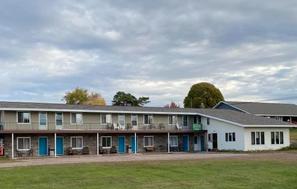 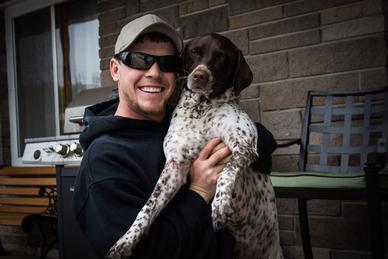